This process involves reducing the size of the trees overall crown. The ends of the branches are pruned back evenly throughout the crown. This will give the entire crown a new appearance and reduce the overall size. The idea in having a crown reduction carried out is when the tree has become over mature and it is no longer capable of supporting the larger limbs it holds.

Branches die off for a number of reasons including light deficiency, pest and disease damage, and root structure damage. A dead branch will at some point decay back to the stem and fall off. This is normally a slow process but can be accelerated by weather conditions. Therefore the main reason dead wooding is carried out is safety.

There are various reasons why a tree may need to be removed it may be dead or diseased, it may have decay which makes it unstable, or it may simply be growing in an unsuitable location. Whichever it is, we are able to deal with the problem competently using one of two methods, sectional fell and straight fell.

Once a tree has been felled to ground level you may require the stump to also be removed. We offer a stump removal service, this is achieved by using a stump grinder. Once the stump is below ground level it leaves a hole which is then back filled with the soil and debris which came from the stump. We also grind stumps that have been left behind by previous tree removal.

New hedges should be pruned from an early stage to establish a shape, the amount you prune back will depend on the type of hedge. Hedge cutting seasons and the frequency of cutting depends on the species, but as a rule of thumb, evergreens like box or privet should be trimmed around two to three times a year during the growing season, fast-growing conifers such as leylandii may need trimming more frequently to keep them under control.

We offer a full clearance service including all tree and scrub removal using a variety of machines depending on the site and the specifications. All material is removed off the site and a large percentage will be recycled. 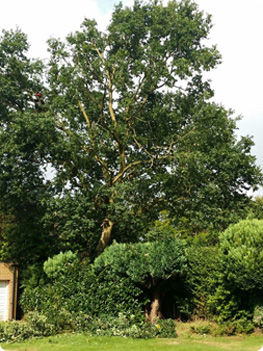 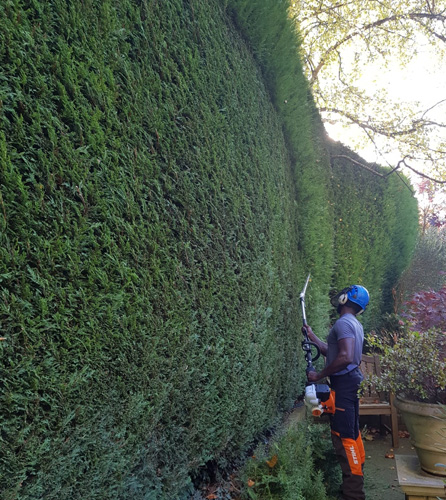 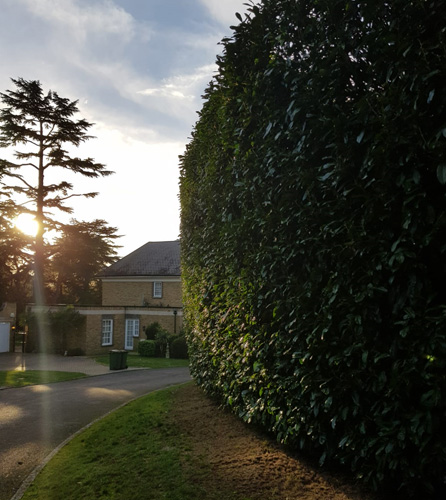 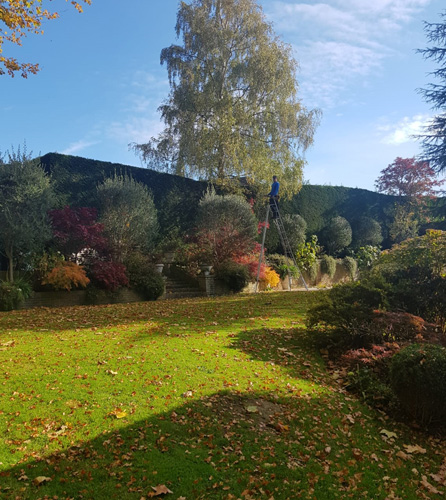 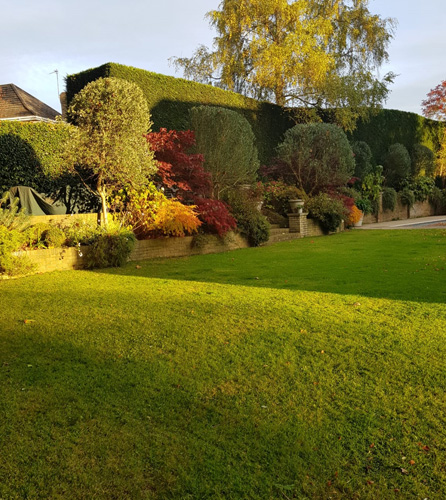